Looking back over 2016 and charging hard into 2017, we wanted to recognize our team members for all of their incredible work. The Treeline team continues to grow and we are extremely proud of everyone’s hard work and passion for what we do.

We wanted to recognize our team members who have been promoted over the past year into roles that will have an immediate effect on this year’s success. Each team member plays a critical role in the company’s growth and we want to thank our incredible team for showing up every day with the mission to make a difference.

Congratulations to our team members who have been recently promoted:

Rachel has been promoted to Division Manager. Rachel is a team member who goes above and beyond. She continues to excel and embodies what it means to lead by example. In 2015, Rachel won President’s club and earned the company record for booking the most revenue in one month. She was also number one on her sales team. In 2016 she was promoted to Senior Sales Consultant. Throughout 2016 Rachel took on more leadership and management responsibilities. In 2017, Rachel is Treeline’s newest Division Manager. Rachel now manages her own sales team. Congratulations Rachel.

Looking for a sales job or looking to hire top sales talent? Connect with Rachel on LinkedIn.

Mike Stone has been promoted to Senior Executive Sales Consultant. Mike is someone who hits the ground running. He sets goals, builds strategy, and runs at nothing short of 100%. In 2015 Mike joined Treeline and was Rookie of the Year. In 2016, Mike once again set the pace and was named Recruiter of the Year. He finished number one on the sales team and was awarded President’s Club. Mike’s commitment to excellence has not gone unnoticed. Congratulations Mike.

Looking for a sales job or looking to hire top sales talent? Connect with Mike on LinkedIn.

Tyler Ordway has been promoted to Recruitment Operations Manager. Tyler joined Treeline in 2013 and since then he has continuously worked to take Treeline to a whole new level. Tyler joined Treeline as a Business Development Representative. He was then promoted to Corporate Account Manager in 2014. Tyler has been a pivotal leader in developing and growing Treeline’s Sourcing as a Service solution. He is now the Recruitment Operations Manager. Tyler runs and manages a team of Sales Recruiters. Congratulations Tyler.

Looking for a new sales job? Connect with Tyler on LinkedIn.

Mike McGee has been promoted to Corporate Account Manager. Mike joined Treeline as an Executive Sales Recruiter in 2014. His client-focused approach and depth of sales experience positioned him to take on the leadership role of managing Treeline’s clients who use our Sourcing as a Service solution. Mike has optimized and improved the service offering. As a Corporate Account Manager, Mike has helped grow SaaS revenue, increase client renewal rate, and improve our clients’ success rate of making multiple hires. Congratulations Mike.

Stephanie Jean-Baptiste has been promoted to Senior Sales Recruiter. Stephanie joined the Treeline team at the start of 2016 as a Business Development Representative. Stephanie immediately made an impact on Treeline’s recruiting efforts. Month-after-month, Stephanie led the pack being named Recruiter of the Month on a consistent basis. Her people-first approach and laser focus have helped Treeline work with more candidates across the country, simultaneously helping Treeline clients make their hires. Congratulations Stephanie.

Looking for a new sales job? Connect with Stephanie on LinkedIn.

David DeMelo has been promoted to VP of Sales. Dave has been with Treeline for over a decade. Year-after-year he has excelled. Throughout his time at Treeline, Dave has been top performer. He has consistently been over 100% of his quota. He has been named Sales Representative of the Year, Sales Manager of the Year, Account Manager of the Year, and a President’s Club Winner. In his previous role as a Division Manager, Dave built and managed a team of top sales performers. Now as VP of Sales, Dave continues to be a top individual performer while overseeing the entire sales team’s performance. Dave works with and trains Treeline’s Division Managers, helping them hire and build their own successful inside sales team. Dave not only drives revenue but manages Treeline from an operational standpoint. Congratulations Dave.

Looking for a sales job or looking to hire top sales talent? Connect with Dave on LinkedIn.

Want to be part of the Treeline team? We’re hiring! See what’s happening at Treeline. 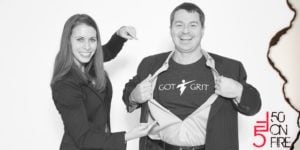